On the 300th anniversary of the first Franco-German "International"

Franco-German history is rich in reports about rivalry and conflicts in politics and culture. To put it mildly - the partnership has not always been a smooth ride. Still today when the two national teams meet, the stadium seethes. "Deutschland, Deutschland ueber alles" "Aux armes, citoyens, formez vos bataillons"
Blood is up. Emotions are over the top.
The first International was just the same. To be more precise, the first International duel 300 years ago between Johann Sebastian Bach and Louis Marchand. The exciting report of this "match" was published while Bach was still alive and in the 18th century was among the most notorious and most appealing musical anecdotes ever to circulate in Germany.
"Bach totally asserted the honour of Germany and his own" wrote Johann Abraham Birnbaum 1739. The real sensation was that the prize ( a huge amount donated by the King) was stolen. To this day no one has discovered the identity of the culprit(s). What really happened in 1717 at the royal court in Dresden?
Louis Marchand was a famous Paris keyboard virtuoso at the court of the Sun King Louis 14th. In autumn 1717 in the course of a grand concert tour he chanced to arrive at the court in Dresden. Marchand had an arrogant and rather eccentric air which irritated many people, so the Dresden concert master Jean-Baptiste Volumier had the idea to stage a contest between Bach (playing for Germany) and Marchand (playing for France).
This would create some excitement in the dull daily routine at court. The King was August ("The Strong") and he not only consented but also put up an enormous prize of five hundred Thaler. That was how the scene was set. This is the historical report:

The year 1717 delivered to our celebrated Bach a further opportunity to garland even more honours. The celebrated French keyboard-player and organist Marchand came to Dresden and had earned special applause while playing before the king and was delighted when offered a post at court for a high salary. The then concert master at Dresden, Volumier, wrote to Bach in Weimar, knowing of the latter's prowess, and encouraged him to come to Dresden without delay to engage in a musical duel with the arrogant Marchand. Bach willingly accepted this invitation and journeyed to Dresden. Volumier received him with glee and arranged for Bach to listen unobserved to Marchand playing. Bach now wrote a polite challenge saying that anything musical Marchand suggested, Bach would extemporise. Bach then offered to do the same to Marchand. Such audacity! Marchand expressed his agreement. Day and location were agreed on (without the king's knowledge) Bach sought out as his arena the house of a prominent minister, where a large company of personages of high rank of both sexes duly gathered. Marchand did not appear. Eventually the master of the house sent someone to Marchand's quarters in case the latter had forgotten, and to remind him that it was now time to prove himself a man. The news came back, to everyone's great surprise that Monsieur Marchand had left the field of play early that morning on the express coach out of Dresden!

Bach, who was now the unopposed victor in the arena, had a sufficient opportunity to demonstrate the ability he was armed with to be able to demolish his opponent. This he did to the admiration of all present. As for the victor's prize of 500 Thaler which the king had donated, it had disappeared. Thanks to the treachery of a certain servant who thought he had a greater need thereof, he was robbed of it and had to be content with the honour he had won rather than take home with him the reward for his efforts. Furthermore our Herr Bach did give praise to M. Marchand for "a really nice" performance. But whether Marchand's "Musettes for Christmas Eve" whose composition and performance in Paris later were said to have brought him much fame would have stood a chance against Bach's multiple fugues, those people who heard both of their strengths may decide. 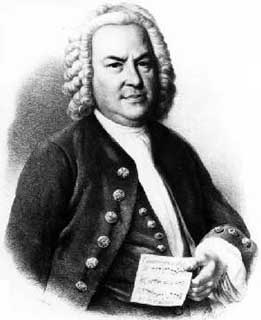 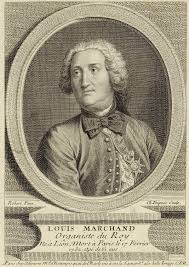