The “Halle aux Sons” (Sound Hall) of the new C.I.P. Point d'Orgues (French Center for the Advancement of Organ Culture) will become the location for a completely new kind of Organ Culture: Organum XXI translates organ sounds into vision and space and fills the whole room with its unique sound experience. From summer 2016 these modernised rooms will offer an encounter with the Sound-Art-Organ. 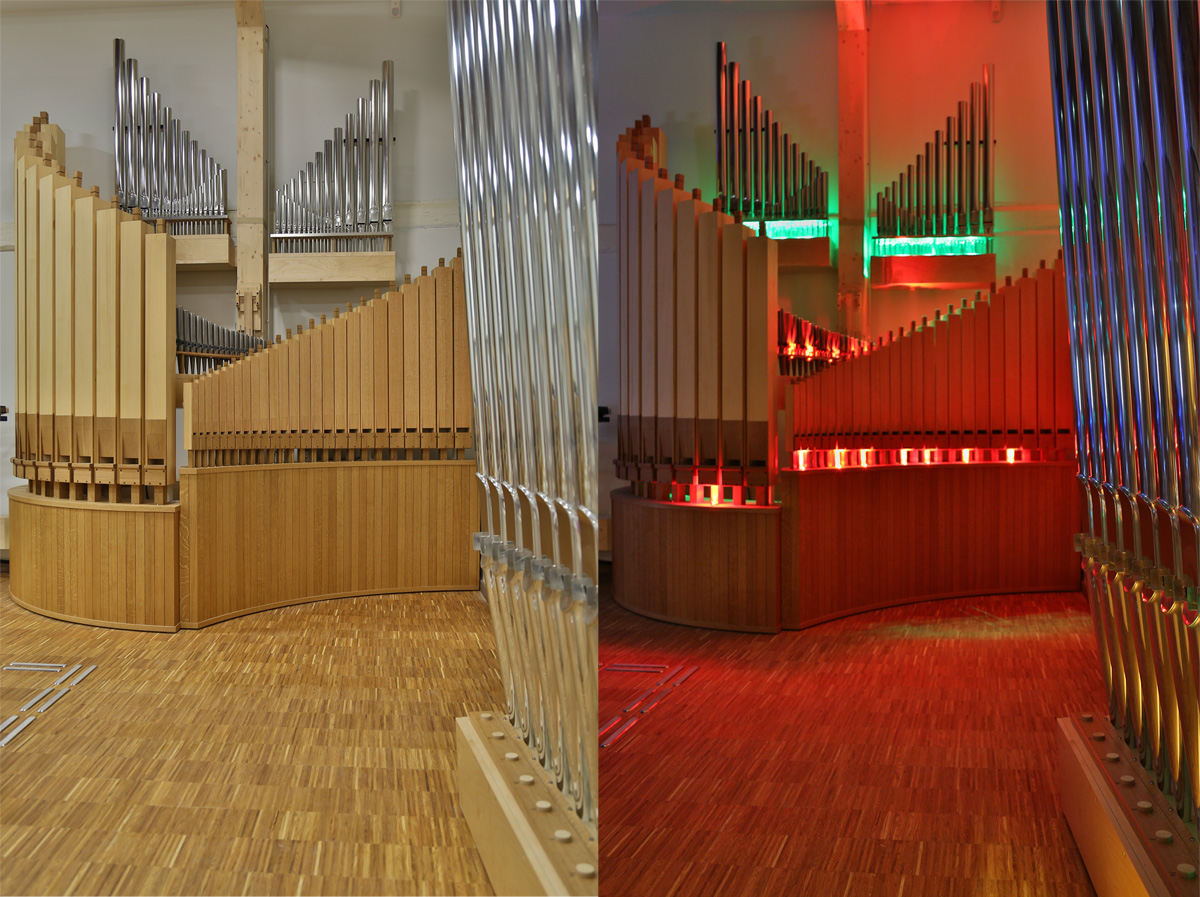 The 30 sound colours of the organ installation are presented on sound oases spread all round the hall. The sound effects are controlled from a modern 3-manual console with two touch-screens.

Organist and audience are located practically together inside the organ.

A globally unique feature is a so-called “Swipe feature” which encourages the playing and experimenting with the sounds of the organ. By “swiping” the screen new sounds and new tonal possibilities are produced. The touchscreen enables non-organists to develop their creative potential and create and experience organ sounds interactively. So not just children and young people are able to persue their delight at experimentation and to try out new sounds. Composers and music students will have a cornucopia of new sound possibilities at their disposal. The installation contains recording machines, a sound-studio and five keyboards and a MIDI pedal.

The builders of this Sound-Art-Organ, Heinz Jaeger and Wolfgang Brummer, plus their firm's workers, from Waldkirch, have shown that the organ is a living instrument with almost inexhaustable sound potential which can motivate and encourage novelty even in the 21st Century. It even begs the comparison with “old masters”, like Andreas Silbermann, whose organ from 1710 can be heard nearby. 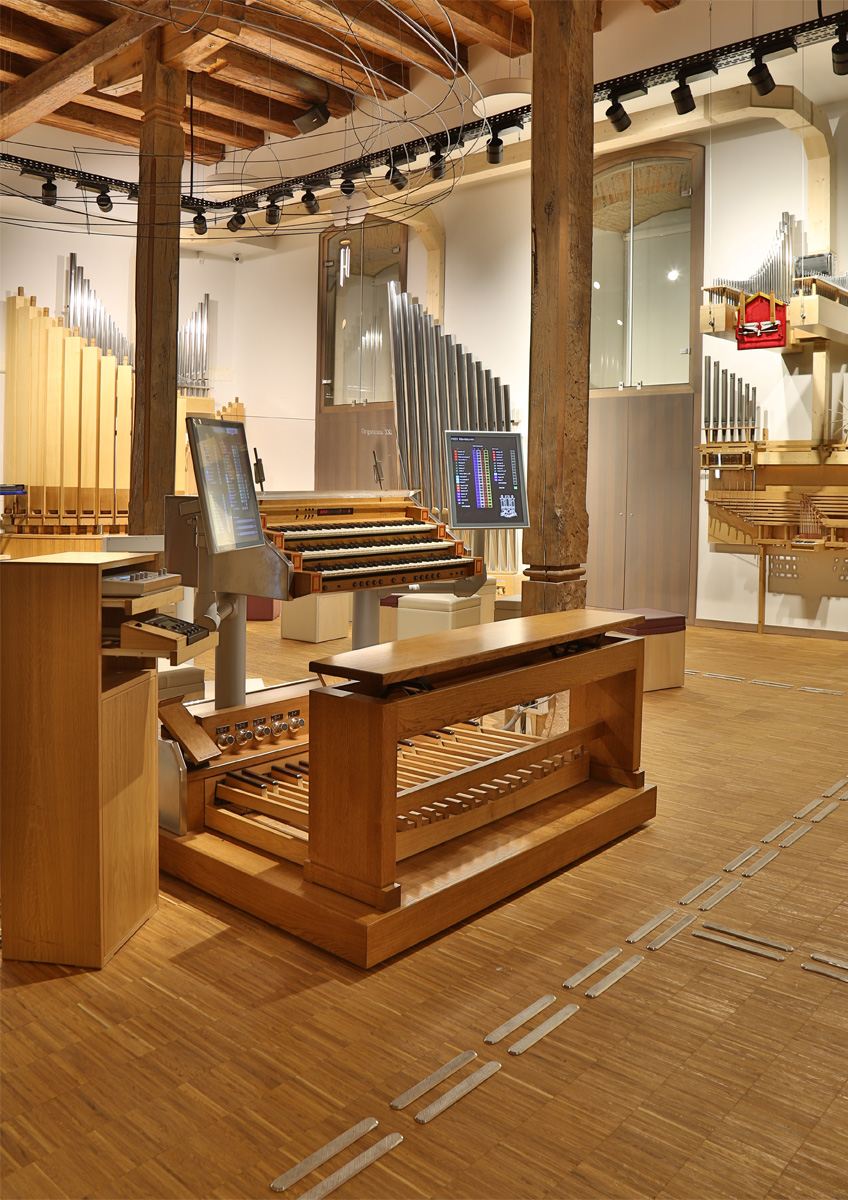 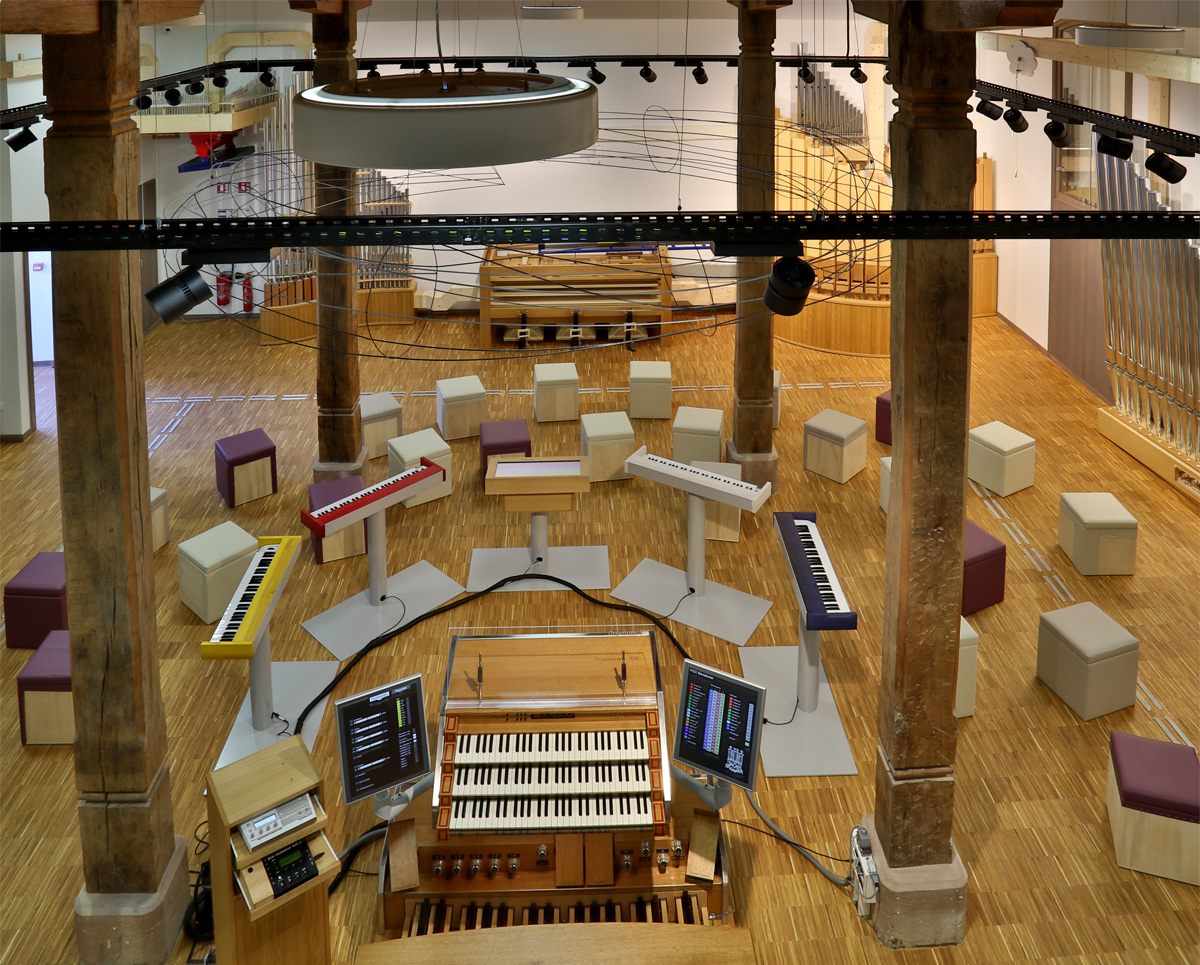 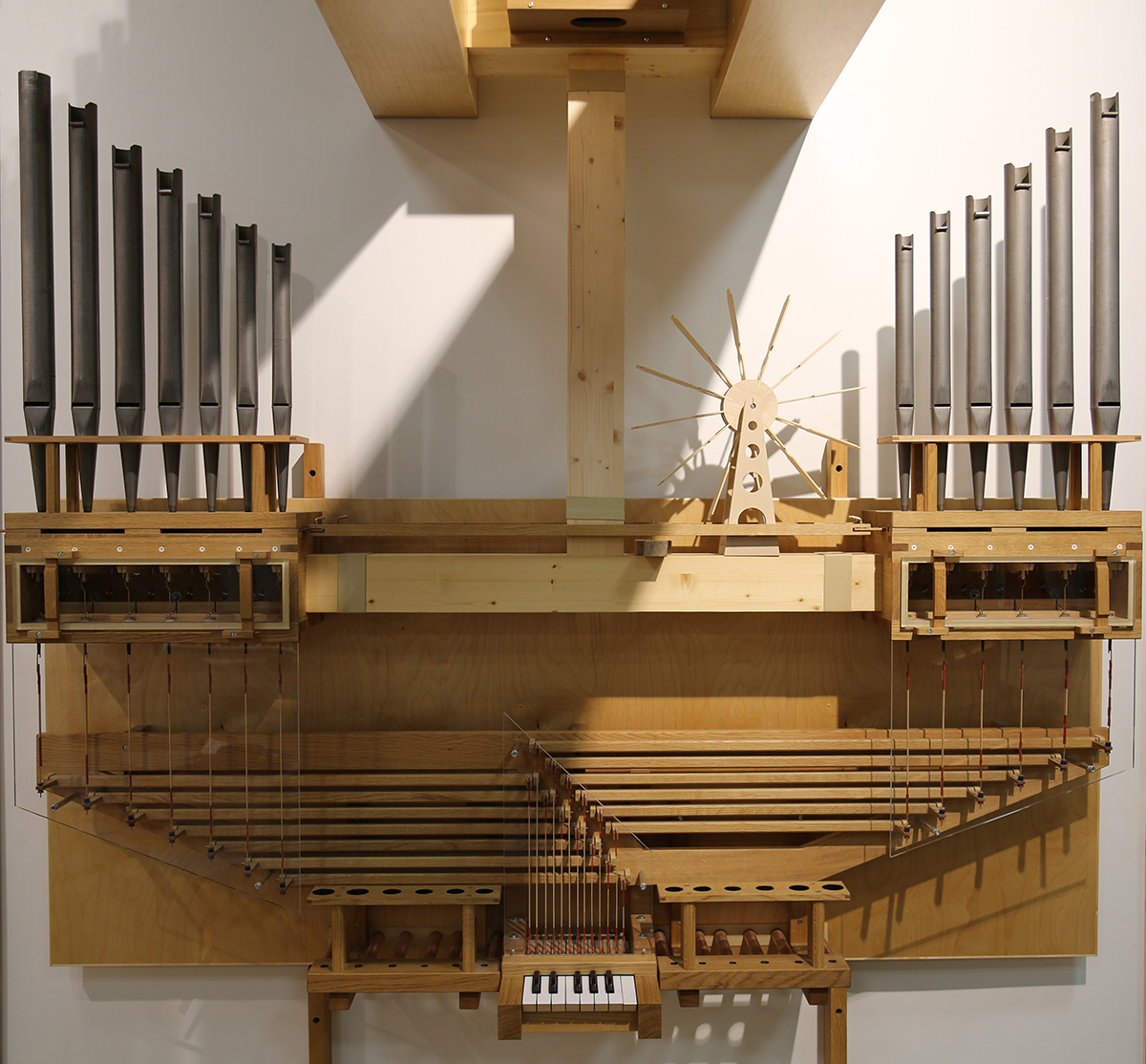 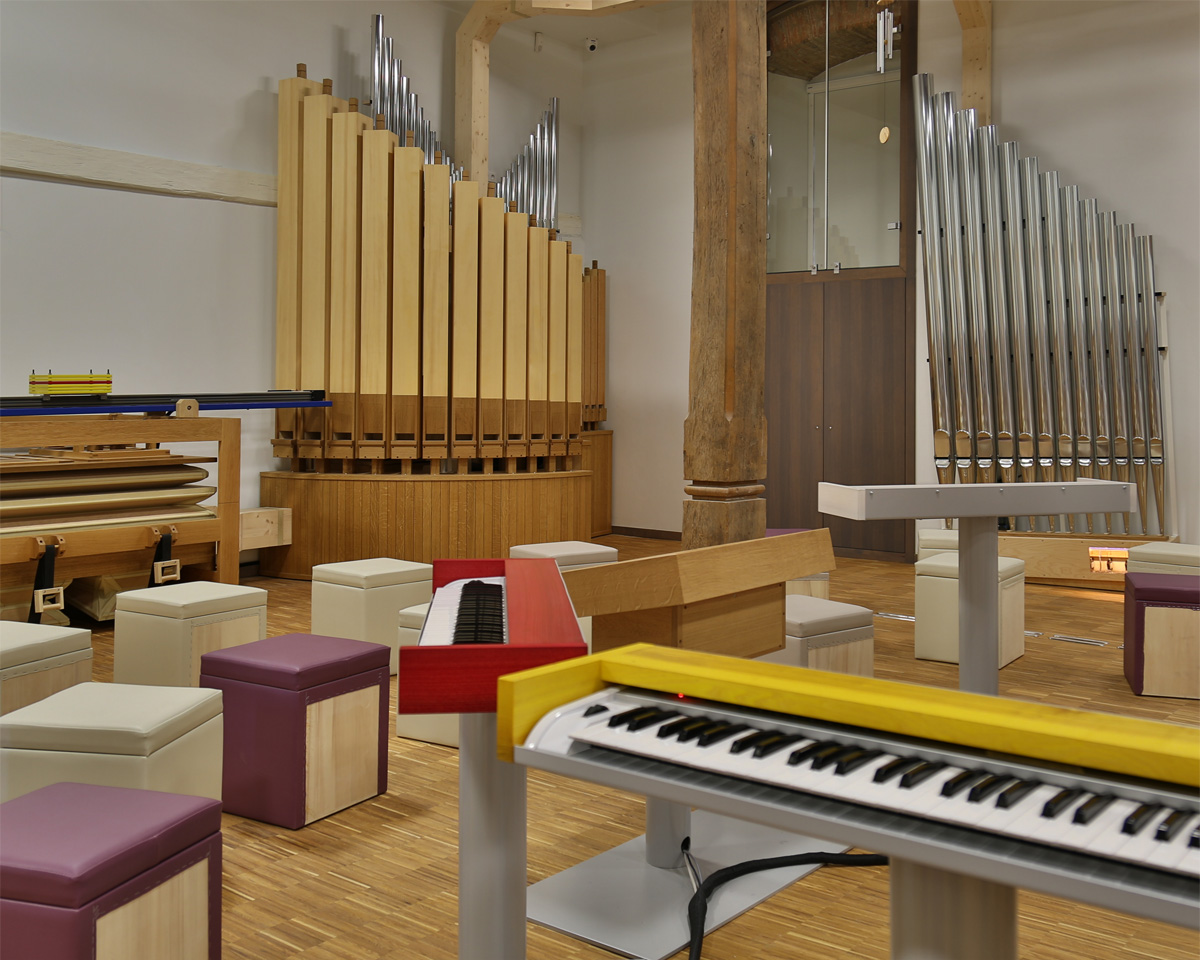