What became known to one interested in good music of Rinck's compositions here seems to become more and more and better and better: a new late baroque-classical-romantic macrocosm for the organ! Johann Christian Heinrich Rinck, grandson of Bach and trained in the best Central German tradition by Bach's pupil Johann Christian Kittel in Erfurt, seems to be even more important than many enthusiastic rediscoverers have been able to assume.


Thus, the tenor among the participants of the organ course "Rinck-Mendelssohn" in Mainz from
July 21 - 24, 2021 with Gerhard Gnann, organ professor at the Mainz Musikhochschule. The organization of the course was in the proven hands of ORGANpromotion with Christa Stiegenroth and Michael Grüber.


The organ music of Mendelssohn-Bartholdi (1809-1847) was also part of the course, but actually served more to illuminate the significance of his contemporary Rinck (1770-1846).

The course also opened a little heaven for lovers of historical organ instruments: in addition to the Dreymann organ in St. Ignaz, a classicist hall church built in 1763-1775 and excellently restored by the Eule company from Bautzen, the Stumm organ in the Augustinerkirche was demonstrated, also impressive, especially through the demonstration by Gerhard Gnann.


In addition, there was a visit to the Gothic hall church of St. Stephan, with its blue stained glass windows by Marc Chagall, where the presentation of the piano organ was given a special touch by the bluish light in the church interior. A special highlight was furthermore the Castilian organ built by Joaquin Lois in the historical style of the Spanish "Siglo de Oro" at the conservatory with a short octave and medium tone tuning.


The benefit of the course was that, thanks to the excellent Gerhard Gnann, the "students" learned something, something for everyone, from the sifted music student to the gifted young "music chick" to the detached, enthusiastic retiree. A super class organ course: a great city, great instruments and an outstanding teacher. 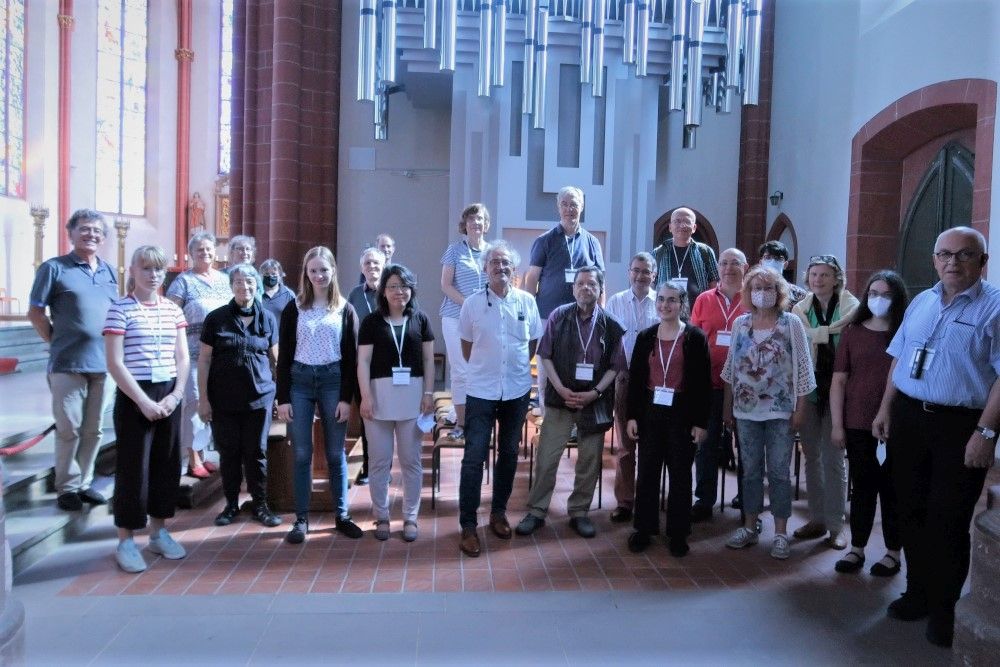