They almost met: the young Berlin prodigy Felix Mendelssohn-Bartholdy and the Darmstadt court organist and cantor Christian Heinrich Rinck, known throughout Germany as the authority on organ playing. Mendelssohn's father endeavored to place his son with Rinck as an organ student. Unfortunately, the lessons did not come about, why we no longer know.

As court organist and organ expert to the Grand Duke of Hesse-Darmstadt, Rinck examined and approved the newly built Dreymann organ of St. Ignaz in Mainz in January 1838.

He was so enthusiastic about it that a year later he recommended it in his organ school as a prime example of contemporary organ building and published its specification. So Rinck himself sat on the organ bench at St. Ignaz.

After the restoration, which was completed in 2019, the organ of St. Ignaz sounds today as it did in Rinck's time, It is thus the ideal instrument to rediscover the sound ideas of the Biedermeier era.

Invited to the "Organ Course Mainz" are students, organists and organ lovers regardless of age and level.

You have the choice:

Participation as an active player or passively as a listener.

Daily lessons and plenty of time for practicing, conversations and meetings.

at the Stumm organ of the Augustinerkirche

The organ course takes place at the organs of St. Ignaz, St. Peter and in the Musikhochschule. Lesson times are in the morning from 9.30 to 12.30 and in the afternoon from 15 to 18 o'clock.

Organ works by Rinck and Mendelssohn of free choice.

Each active participant should prepare at least one organ piece by J.C. Rinck.

The organ course Mainz is sponsored by the Rinck-Gesellschaft e.V..

On the website of the Rinck-Gesellschaft e.V. you can find a lot of further information

was born in Bad Buchau in 1962 and studied organ, harpsichord and church music in Freiburg, Amsterdam and Basel. His teachers included Ludwig Doerr, Ton Koopman, Ewald Kooiman and Guy Bovet. He has won several prizes at international competitions, including Bruges in 1988, the Swiss Organ Competition in 1992, and the "Dom zu Speyer" Grand Prize in 1993. From 1994-1997 he was district cantor of the archdiocese in Freiburg with his office in Münstertal. In this capacity he founded the series "Concerts in St. Trudpert". In 1997 Gerhard Gnann was appointed professor of artistic organ playing at the Johannes Gutenberg University of Music in Mainz. He is also head of the church music/organ department there. In 2003, he was awarded the Johannes Gutenberg University Prize for Excellence in Teaching. 2012-2015 Gerhard Gnann was cathedral organist at Freiburg Cathedral. As a performing artist, juror at international competitions, and as a pedagogue, he is in demand at home and abroad. As a guest lecturer of master classes he is a regular guest in Italy, Poland, Norway, Denmark, France and Austria. Furthermore, he has attracted attention with CD recordings on labels such as audite, hänssler Classic, organum, coviello classic and others. In 2012 the Bach complete recording on Silbermann organs was released (joint production with Ewald Kooiman, Ute Gremel-Geuchen and Bernhard Klapprott). Gnann has received several recording awards - most recently the "ECHO Klassik" in 2013, as well as in 2015 for the CD "arranging bach" on the organs of the Freiburg Cathedral. 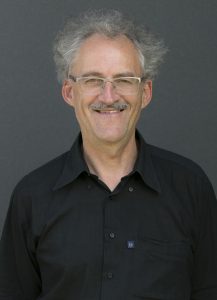 Bernhard Dreymann (1788 - 1857) was an organ builder based in Mainz. The organ of the St. Ignaz Church in Mainz is the largest instrument ever built by him.

It reflects the transition from late Baroque to Romanticism. Dreymann chose the stoplist in the style of the late Baroque and introduced sensitive and expressive basic voice sounds of the early Romantic period, especially in the Positiv. He also adopted regional characteristics of the time of construction, such as the division of the reed stops (Trumpet 8' in the Hauptwerk and Crumhorn 8' in the Positiv). Both impress with a powerful bass and a rather restrained treble range. Three further 'half' stops allow a very differentiated playing of the bass and treble registers. In the positive, the Floet travers 8' from b° and the Bassoon 8' to a° form a bass-discant pair in their natural pitch. The treble cornet in the Hauptwerk from c' can emphasize melodic lines and complements the trumpet 8', which is more restrained in the treble.
The new organ was examined on January 31, 1838 by the Darmstadt court organist Christian Heinrich Rinck (1770-1846), who was the state organ expert commissioned by the Grand Duke of Hesse-Darmstadt, Ludwig II of Hesse and by Rhine, to inspect organs in Protestant and Catholic churches. Rinck was so impressed by this organ that he published its disposition in his Organ School of 1839 as a prime example of contemporary organ building.
After several changes, the organ was finally only very difficult to play and not very attractive in terms of sound and technology. In the fall of 2015, the instrument was removed and comprehensively documented. Subsequently, a comprehensive restoration was carried out by the company Hermann Eule Orgelbau. The instrument was restored to its original form. 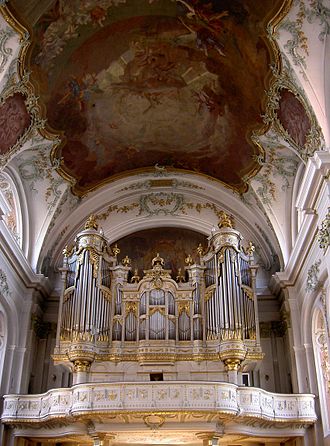