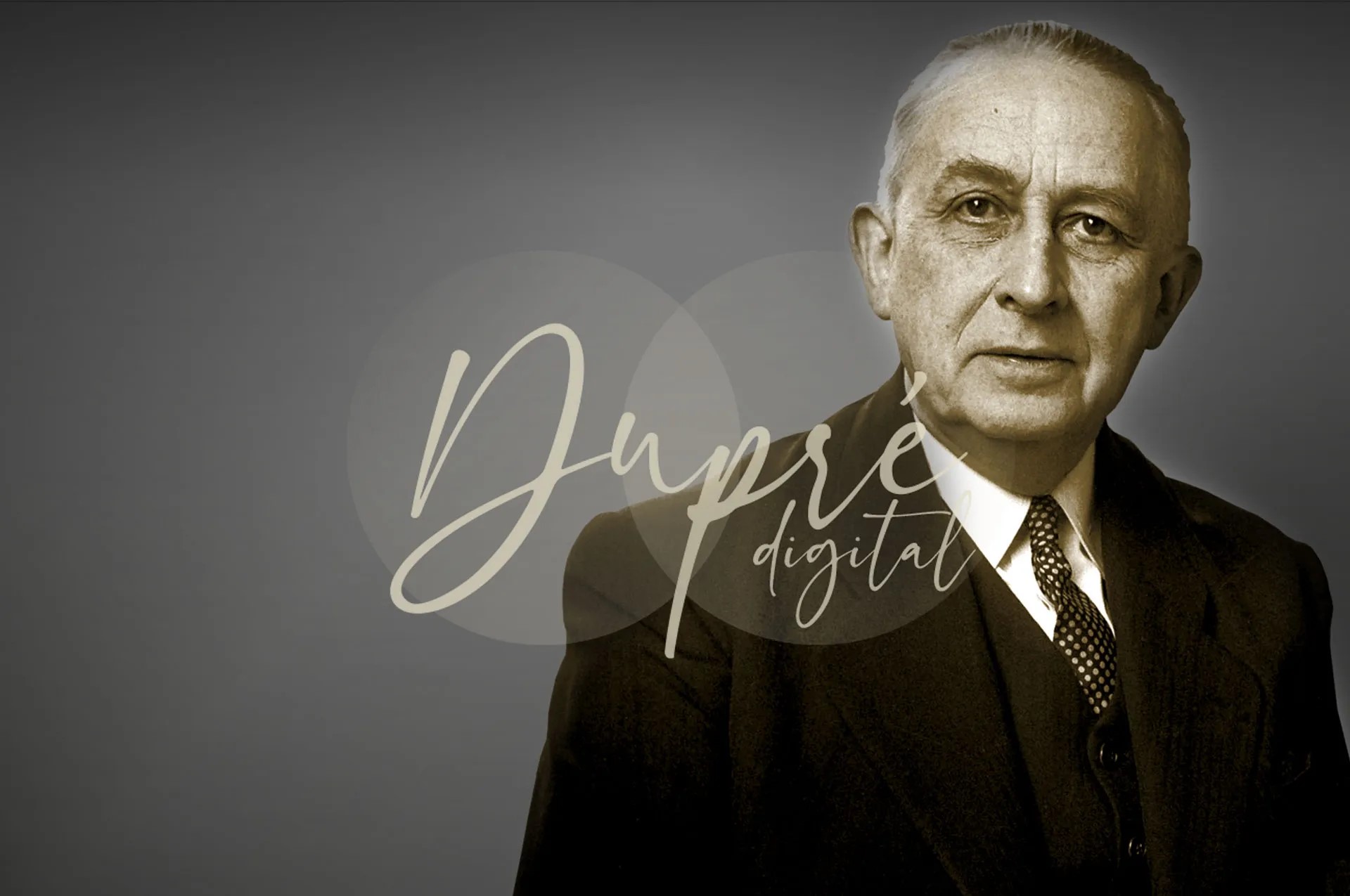 Just in time for the 50th anniversary of Marcel Dupré's death on 30 May 2021, the first episode of Dupré Digital went online. Tobias Frank, Director of Music at St. Luke's in Munich, initiated this huge, trilingual music and documentary project that takes its listeners and viewers on a journey of discovery through the musical cosmos of the French composer.

Musicians from all over the world perform never-before-heard music by Dupré, including his secular choral songs, chamber music, drafts of "Le Chemin de la Croix", his last great work for organ and orchestra "Résonances" in a version for organ and piano, but also curiosities such as Dupré's cadenza to a Handel organ concerto and much more.

In a newcomer project, musicians around the world will perform the cycle "Nymphéas", Dupré's impressions of Claude Monet's water lily paintings.